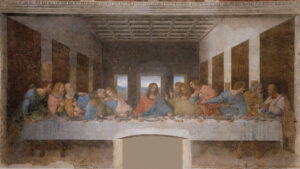 “One commentator says the world has never had a problem with religion in moderation. It has no problem with too much wealth or power or sex or influence, but it has a problem with too much religion. You can be any kind of religious you want, as long as you are not overly religious. You can believe Jesus is your God, so long as you don’t believe He is the God. You can come home from school a little more serious about Christianity so long as this Jesus has not become your all-consuming passion in life.” (Kevin DeYoung)

“And when the disciples saw it, they were indignant, saying, “Why this waste? For this could have been sold for a large sum and given to the poor.” (Matthew 26:8-9)

“Truly, I say to you, wherever this gospel is proclaimed in the whole world, what she has done will also be told in memory of her.” (Matthew 26:13)

“Were a mere mortal to claim such priority, he would be very ill or unspeakable arrogant.” (D.A. Carson)

“You cannot love Jesus too much. You cannot follow Him too closely. You cannot adore Him too intensely. Every other man, woman, or child on the planet, dead or alive, will become an idol for you, but not this one. You cannot devote yourself too Him too fully and too completely.” (Kevin DeYoung)

“Truly, I say to you, wherever this gospel is proclaimed in the whole world, what she has done will also be told in memory of her.” Then, verses 14-16 say: “When one of the twelve, whose name was Judas Iscariot, went to the chief priests and said, “What will you give me if I deliver him over to you?” And they paid him thirty pieces of silver. And from that moment he sought an opportunity to betray him.” (Matthew 26:14-16)

“Then when Judas, his betrayer, saw that Jesus was condemned, he changed his mind and brought back the thirty pieces of silver to the chief priests and the elders, saying, “I have sinned by betraying innocent blood.” They said, “What is that to us? See to it yourself.” And throwing down the pieces of silver into the temple, he departed, and he went and hanged himself.” (Matthew 27:3-5)

“They do all their deeds to be seen by others. For they make their phylacteries broad and their fringes long, and they love the place of honor at feasts and the best seats in the synagogues and greetings in the marketplaces and being called rabbi by others.” (Matthew 23:5-7)

“How can you believe, when you receive glory from one another and do not seek the glory that comes from the only God?” (John 5:44)