“For the law was given through Moses; grace and truth came through Jesus Christ.” (John 1:17)

“The saying is trustworthy and deserving of full acceptance, that Christ Jesus came into the world to save sinners, of whom I am the foremost.” (1 Timothy 1:15) 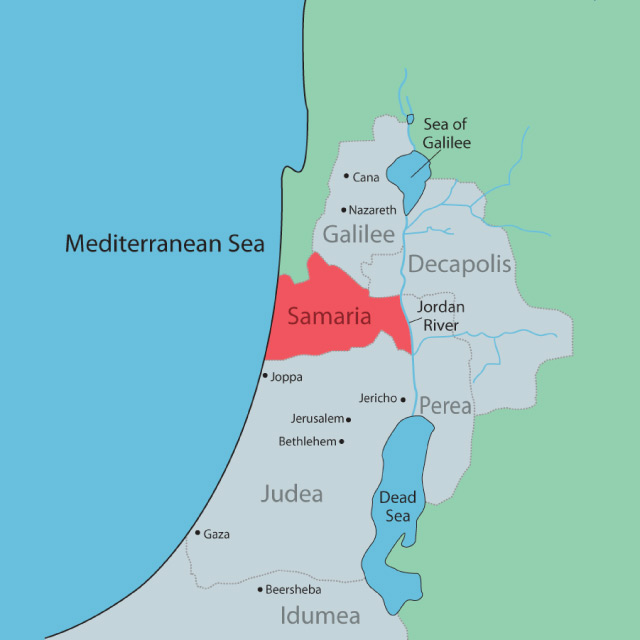 “We must work the works of him who sent me while it is day; night is coming, when no one can work.” (John 9:4)

“for as yet they did not understand the Scripture, that he must rise from the dead.” (John 20:9)

“And I have other sheep that are not of this fold. I must bring them also, and they will listen to my voice. So there will be one flock, one shepherd.” (John 10:16)

“And he made the camels kneel down outside the city by the well of water at the time of evening, the time when women go out to draw water.” (Genesis 24:11)

“Now the priest of Midian had seven daughters, and they came and drew water and filled the troughs to water their father’s flock.” (Exodus 2:16)

“As they went up the hill to the city, they met young women coming out to draw water and said to them, “Is the seer here?” (1 Samuel 9:11)

B. He freely offers…

“I had won Wimbledon twice, once as the youngest player. I was rich…I had all the material possessions I needed…It is the old song of movie stars and pop stars who commit suicide. They have everything, and yet they are so unhappy. But I had no inner peace.” (Boris Becker)

“for my people have committed two evils: they have forsaken me, the fountain of living waters, and hewed out cisterns for themselves, broken cisterns that can hold no water.” (Jeremiah 2:13)

“If we find ourselves with a desire that nothing in this world can satisfy, the most probable explanation is that we were made for another world.” (C.S. Lewis)

“Jesus said to them, “I am the bread of life; whoever comes to me shall not hunger, and whoever believes in me shall never thirst.” (John 6:35)

“One of the Pharisees asked him to eat with him, and he went into the Pharisee’s house and reclined at table. And behold, a woman of the city, who was a sinner, when she learned that he was reclining at table in the Pharisee’s house, brought an alabaster flask of ointment, and standing behind him at his feet, weeping, she began to wet his feet with her tears and wiped them with the hair of her head and kissed his feet and anointed them with the ointment. Now when the Pharisee who had invited him saw this, he said to himself, “If this man were a prophet, he would have known who and what sort of woman this is who is touching him, for she is a sinner.” (Luke 7:36-39)

“A certain moneylender had two debtors. One owed five hundred denarii, and the other fifty. When they could not pay, he cancelled the debt of both. Now which of them will love him more?” Simon answered, “The one, I suppose, for whom he cancelled the larger debt.” And he said to him, “You have judged rightly.” Then turning toward the woman he said to Simon, “Do you see this woman? I entered your house; you gave me no water for my feet, but she has wet my feet with her tears and wiped them with her hair. You gave me no kiss, but from the time I came in she has not ceased to kiss my feet. You did not anoint my head with oil, but she has anointed my feet with ointment. Therefore, I tell you, her sins, which are many, are forgiven—for she loved much. But he who is forgiven little, loves little.” And he said to her, “Your sins are forgiven.” Then those who were at table with him began to say among themselves, “Who is this, who even forgives sins?” (Luke 7:41-49)

“Thus, true worship is not a matter of geographical location (worship in a church building), physical posture (kneeling or standing), or following a particular liturgy or external rituals; it is a matter of the heart and of the Spirit.” (Andreas Kostenberger)